One thing I have learned in the first week of our journey is that pretty much anyone can be a cycle tourist.

I’ve heard the likes of cycle touring blogger Tom Allen say you don’t have to be fit to do a tour, but I never really believed him.

My experience of cycling so far has been as a commuter where no training is required and as a sportive rider.  When preparing for sportive events you need to train for endurance, stamina and speed (if you are a show-off) and I’ve also learned nutrition is important to last an eight hour day in the saddle. 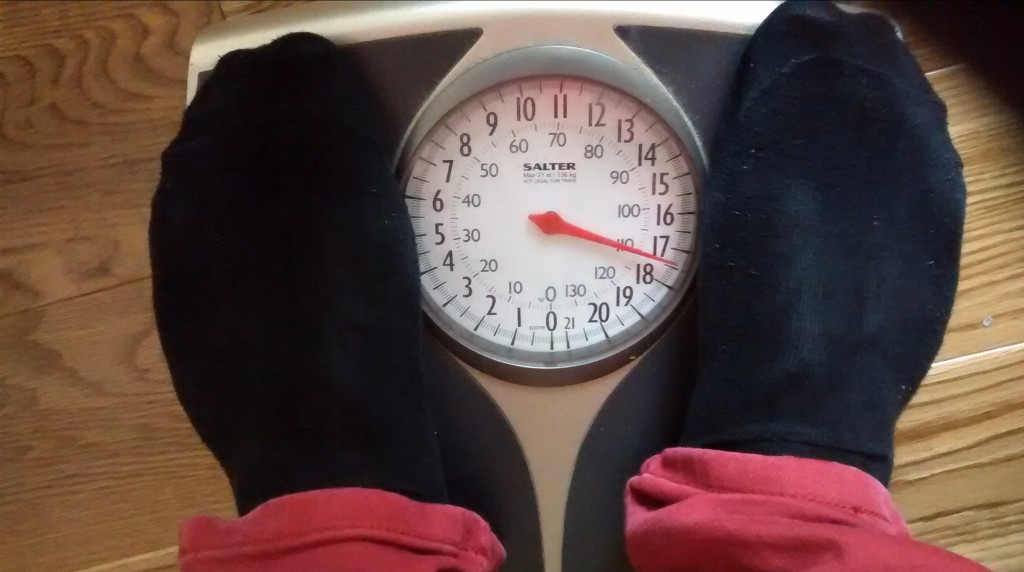 I thought cycle touring would fit in the latter category mostly since you have the added weight of all your worldly possessions to drag around.

I think over the winter I may have been subconsciously taking Tom’s advice and have been gutsing down food like there’s no tomorrow or indeed a cycling adventure on the horizon.

The result is that I’m the heaviest I have been in my life.

Shelley and I had an official pre-tour weigh-in before we left London and I tipped the scales at a whopping 109 kg. 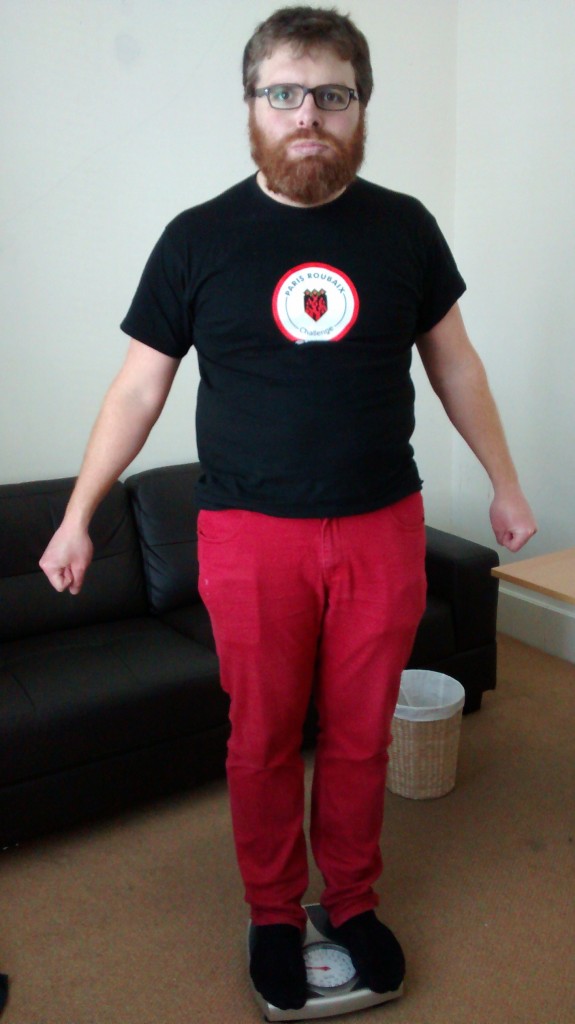 T-Shirt won’t fit over the belly yet I can still ride.

I’m finding though that being a bit of a fatty is no barrier to cycle touring.

I was still able to ride out of London without blowing a gasket. I’m just a little slow right now but who cares?

Cycle touring does not need to be an unachievable athletic adventure. You simply gain all the fitness you need out on the road.

Seven days in and I have already shed three kilograms and I think I will probably keep losing more especially since we are loving being cheapskates right now and have been skimping on food (I proudly walked out of a supermarket the other day having spent €1.60 on our lunch). 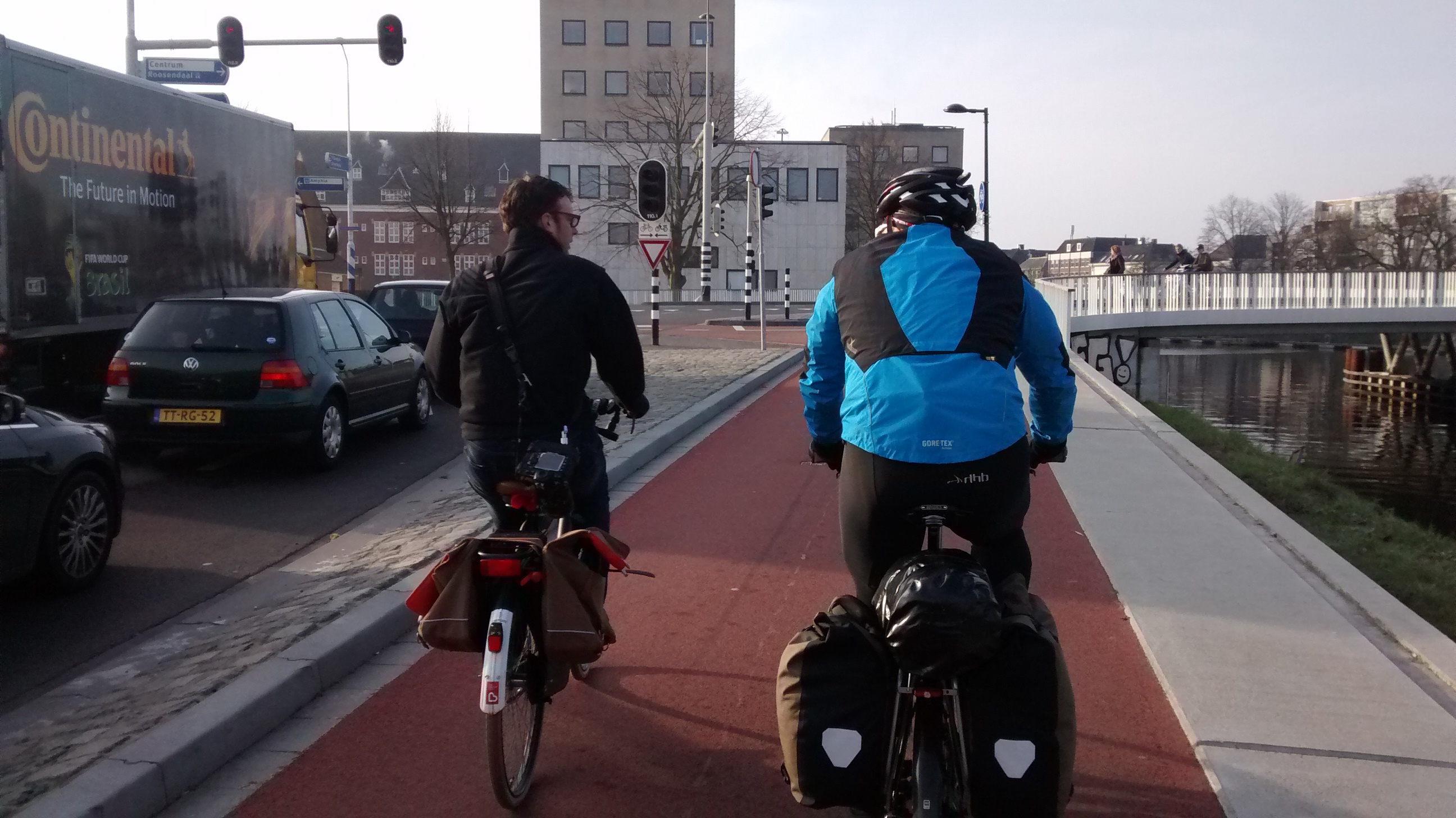 There’s also extra motivation to get rid of the blubb. I bought some clothes for this trip that I’m incapable of squeezing into right now.

Those clothes are now packed away in a suitcase in London to be used as a reward for when we finish our European leg in Lisbon.

Our experience so far, and yes perhaps it might be because we’ve been in cycle touring paradise in the Netherlands and there are no hills, is that really anyone can do this. In fact this first week has been a total blast. Everyone should come to the Netherlands and ride their bikes.

People kept asking before our trip about how much training we had been doing. The answer was literally none and the truth, as we’ve so far discovered, is none is required. 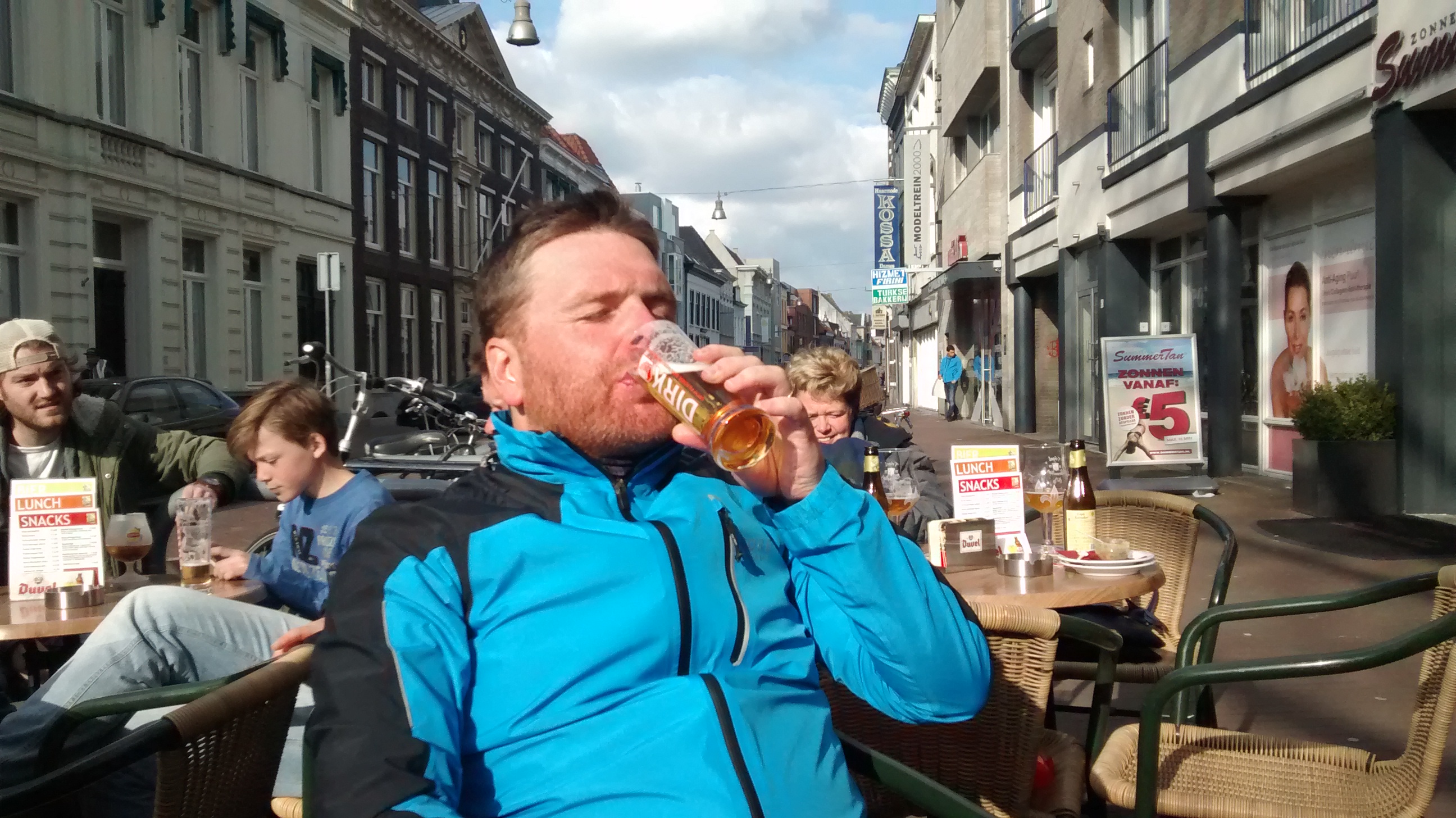 Maybe then I could be a cycle touring poster boy for weight loss.

With Google+ plugin by Geoff Janes and Thorsten Hake